Fort Rosecrans National Cemetery is a federal military cemetery in the city of San Diego, California. It is located on the grounds of the former Army coastal artillery station Fort Rosecrans and is administered by the United States Department of Veterans Affairs. The cemetery is located approximately 10 miles (16 km) west of Downtown San Diego, overlooking San Diego Bay and the city from one side, and the Pacific Ocean on the other. Fort Rosecrans is named after William Starke Rosecrans, a Union general in the American Civil War. The cemetery was registered as California Historical Landmark #55 on December 6, 1932. The cemetery is spread out over 77.5 acres located on both sides of Catalina Blvd. 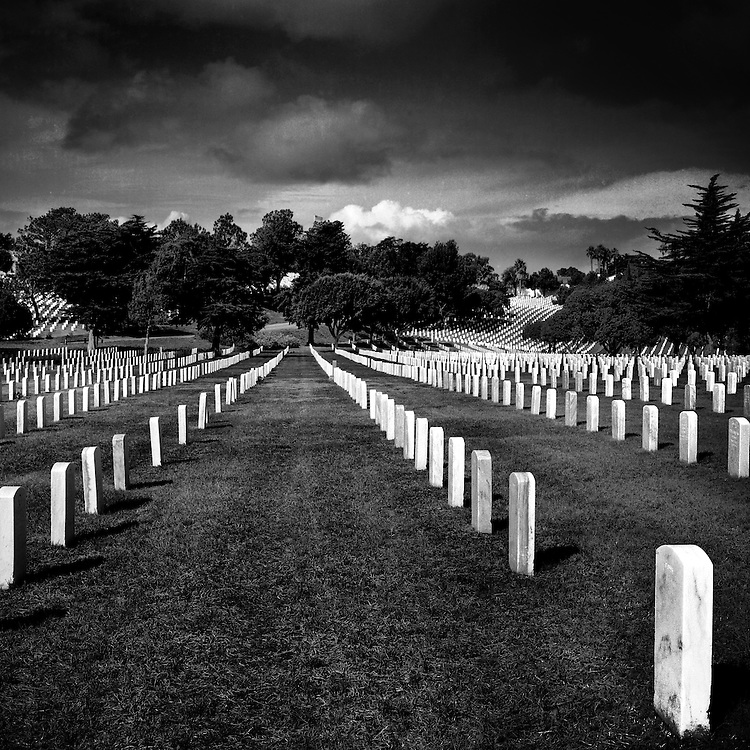