Mission San Cayetano del Tumacácori was established by Jesuits in 1691 in a location near a Sobaipuri settlement on the east side of the Santa Cruz River. Services were held in a small adobe structure built by the inhabitants of the village.

After the O'odham rebellion of 1751 the mission was abandoned for a time. In 1752, the village was reestablished and in 1753 the church of the Mission San José de Tumacácori began construction at the present site on the west side of the Santa Cruz River. This first church structure was erected for use by the mission in 1757. The architectural style of the church is Spanish Colonial.

Rumors spread within the Spanish kingdom that the Jesuit priests had amassed a fortune on the peninsula and were becoming very powerful. On February 3, 1768 King Carlos III ordered the Jesuits forcibly expelled from the Viceroyalty of New Spain (colonial México) and returned to Spain. 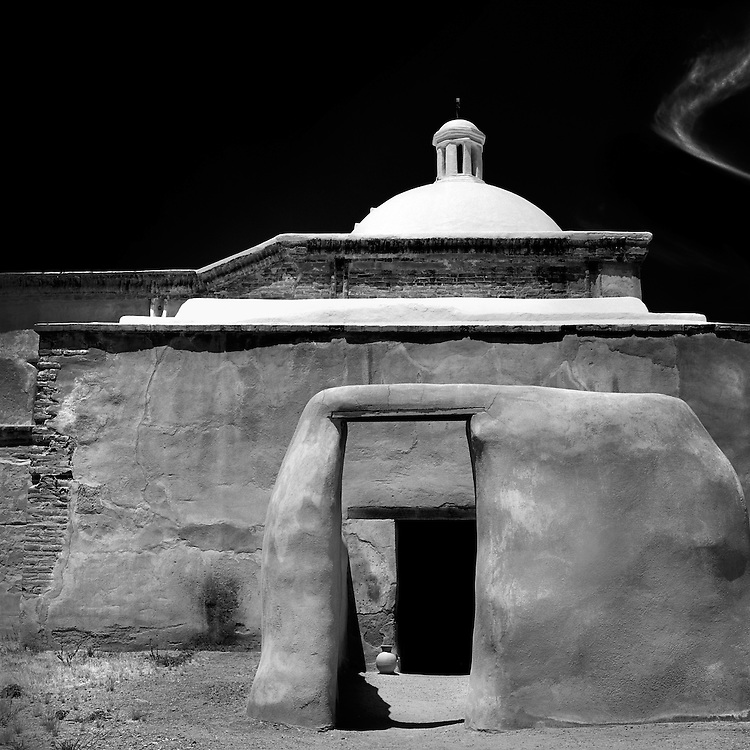